This Teas and Stories event will feature a story by ‘Tea Light’ Joni Jones Mangum from House of Pearls and culinary presentation by Matthew Sganga from Stone Table.

More about Teas and Stories:

“Teas and Stories” features a thoughtfully selected heart-gripping story that tells of rescue and renewal.
“Teas & Stories” will include a tea tasting of several gourmet loose leaf teas, a carefully hand-crafted delicious menu, an entertaining and insightful culinary presentation.

This experience is intended to connect people with local “tea lights”; that’s what we’re calling these women of inspirational influence, “tea lights”. Become part of a greater community…a community with a vibrant vision. 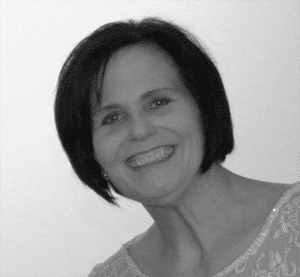 Growing up in Wingate, Joni enjoyed the idyllic childhood. A tomboy who enjoyed t-ball, Little League, fishing with her Daddy, and climbing trees; Joni was a three-time school spelling bee champ, an honor roll student, and played competitive basketball. She enjoyed attending church with her sister and family, as well. Her grandfather was a preacher, her mother a Sunday School Teacher, and her father a deacon. And yet, underneath the surface of happy days, Joni struggled with extreme self-esteem issues.

At the age of 15, Joni began drinking alcohol and experimenting with drugs. She was dismissed from the basketball team and suspended from school because of drinking on the bus. She quit school her senior year.

After many years of struggling with serious debilitating addiction and following several failed attempts to clean up her life, Joni wrote a six page suicide note. In this note, she described in great detail all of the reasons why she was unworthy to be alive and why she believed she should no longer be allowed to live. She carried this personal death wish in her purse for many days.

Ending a lucrative career comprised of managing a large staff and a six-figure salary, Joni’s pursuit of happiness concluded with the termination of her job in August 2010. Laying on a floor, unable to lift her head, Joni heard, “If anyone wishes to come after me, he must deny himself, and take up his cross and follow Me. For whoever wishes to save his life will lose it; but whoever loses his life for My sake will find it. For what will it profit a man if he gains the whole world and forfeits his soul? Or what will a man give in exchange for his soul?” At that point, Joni’s story took a tremendous turn. 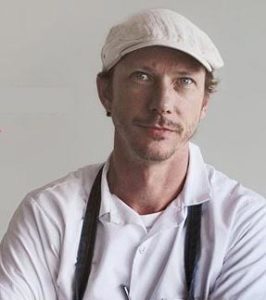 Matthew Sganga grew up in the countryside of Monroe, NC where he spent his free time playing in the woods and climbing trees. When he was 15 years old, he started working in restaurants as a dishwasher and has continued his career in the restaurant business to this day. In 2005, he founded Stone Table where he works with his family and friends. He is married to a beautiful woman named Mallory and has three wonderful daughters and two sons-in-law. Matthew loves the Lord, the pursuit of art, and the creative process.

Previous Article
Next Article
2022 Easter At The Tea House 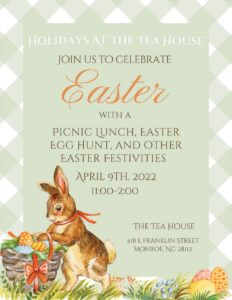